Sudsy obsessions: Why Cape Codders adore their outside showers 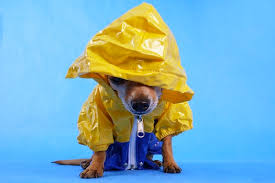 I officially washed away my winter boo-hoos recently. Whilst standing outside. With a chill in the air. In my backyard. Naked as the day I was born. Just me and my spankin’ new bars of soap. As puffy clouds moving like an expressway high above my head. Birds singing their sexy spring tunes to a cool Barry White beat.

I had entered the ultimate Cape Cod zone: the outdoor shower. A wondrous peculiarity of our sandy peninsula, the outdoor shower is as integral to our spring/summer season as that visit to a beloved beach or a head-first, deep-dive into a pint of fried clams (all bellies, please).

Here’s a quick primer on these cultlike must-haves for squeaky clean Cape Codders.

Most everyone here has an outdoor shower of some sort. Posh folks have houses with elaborate shower enclosures of exotic stones and wood — some spacious enough to shelter a car. Others, like myself, have ones of more modest means but they are no less cherished by their proud owners.

Enclosures can be as simple as cheap shower curtains billowing in the breeze, or a bare shower head protruding from a wall, sans enclosure. Or something of a more detailed construct like stockade fence panels or cedar boards, with benches, a door, towel hooks and spiffy shower caddie for the shampoo and loofah.

What was born of practicality — rinsing that gritty Cape Cod beach sand off your tootsies before entering the summer cottage — morphed over the years with whistles and bells. But in doing so, these objects also became meditative, almost spiritual, as something much more than just a place to scrub ones dirty elbows.

My shower enclosure is a sturdy structure — I like to think of it as built like a humble castle – with a frame of pressure-treated 1-by-6-inch boards and 4-by-4 posts. The outside is clad in a skin of white-cedar shingles, to echo the house. The floor is of thick, tumbled bluestones.

I built it myself many years ago, and it still stands sturdy and proud, awaiting our daily journey into its cleansing chamber.

As the temps dip, Cape Codders typically turn their showers off, draining the excess water in the pipes to prevent winter freeze-ups. Otherwise, one risks frozen pipes, and epic bursts when the whole affair thaws.

We also face a dilemma each year: When to turn on the outside shower. Mine went live March 25 this year — a new personal record (though I did turn it back off when night temps dropped into the 30s, but back on again). Last year, I took my final shower of the season in November — after an epic, daily outdoor shower run, starting in mid-April, of seven months!

► Think I’m obsessive? Read how my colleague Eric Williams continues to push that soggy shower envelope each year. We have a friendly competition to see who first bravely grabs that plush bathrobe and marches out to the shower for the first time each year — and who wilts like a late fall marigold and throws in the towel.

► Something to contemplate: Technically speaking, outdoor showers are illegal on Cape Cod due to the gray water produced each and every time we soap and scrub up. But as one local health agent told the Times several years ago: “It’s one of those policies that no one enforces because everyone has an outdoor shower.”

► Looking to extend your shower fun time into the fall? Seek the cone of warmth: the shower water. Stay snug and warm in your chic bathrobe, turn the shower on, wait until it steams up and then jump in — but absolutely do not stray from the zone of warm water.

PART 1 – Best Things to do in Massachusetts while RVing
November 18, 2019
Leave Comment