You are here:
June 6, 2016Beaches on Cape Cod, Summer Rentals, Things to Do on Cape Cod 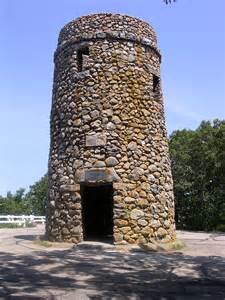 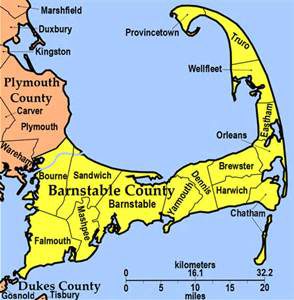 Just about dead center on Cape Cod, the Town of Dennis spans the width of the peninsula with 16 beaches distributed between tranquil Cape Cod Bay on the north side and the lapping waves of Nantucket Sound to the south. A perfect day in Dennis starts with surveying the north shore from Scargo Tower (Scargo Hill Rd.). The bird’s eye view from atop the 30-foot-high cobblestone tower takes in the rim of Cape Cod Bay from Plymouth to the curling digit of Provincetown, and it’s one of the best views anywhere on the Cape. 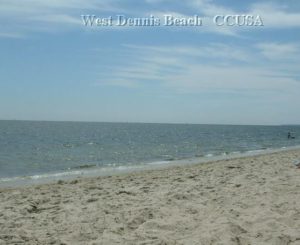 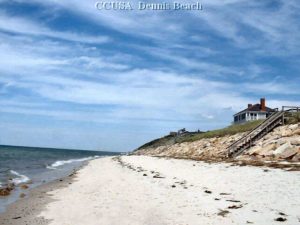 Potters, glassblowers, and other crafts artists have colonized the woods inland from the King’s Highway (Route 6A) since the 1950s. Visit Scargo Pottery (Dr. Lord’s Rd. S, East Dennis, 508-385-3894) for pots, dinnerware, and ceramic sculpture. The 27-acre complex of the Cape Cod Center for the Arts (826 Main St., Dennis, 508-385-3618) includes an art museum, a theater, and a cinema. The Cape Cod Museum of Art (508-385-4477) features Cape artists from about 1900 to present. Through June 26, the main exhibition celebrates the life and legacy of Henry Holl, founder of Scargo Pottery (and co-founder of the museum). Rockwell Kent designed the dramatic mural of the heavens on the ceiling of the adjacent Cape Cinema (508-385-2503). Plan on a movie in the intimate setting or catch a stage production at the Cape Playhouse (508-385-3911), where the season opens June 7 with “Last of the Red Hot Lovers.”