You are here:
October 3, 2017Beaches on Cape Cod, Things to Do on Cape Cod 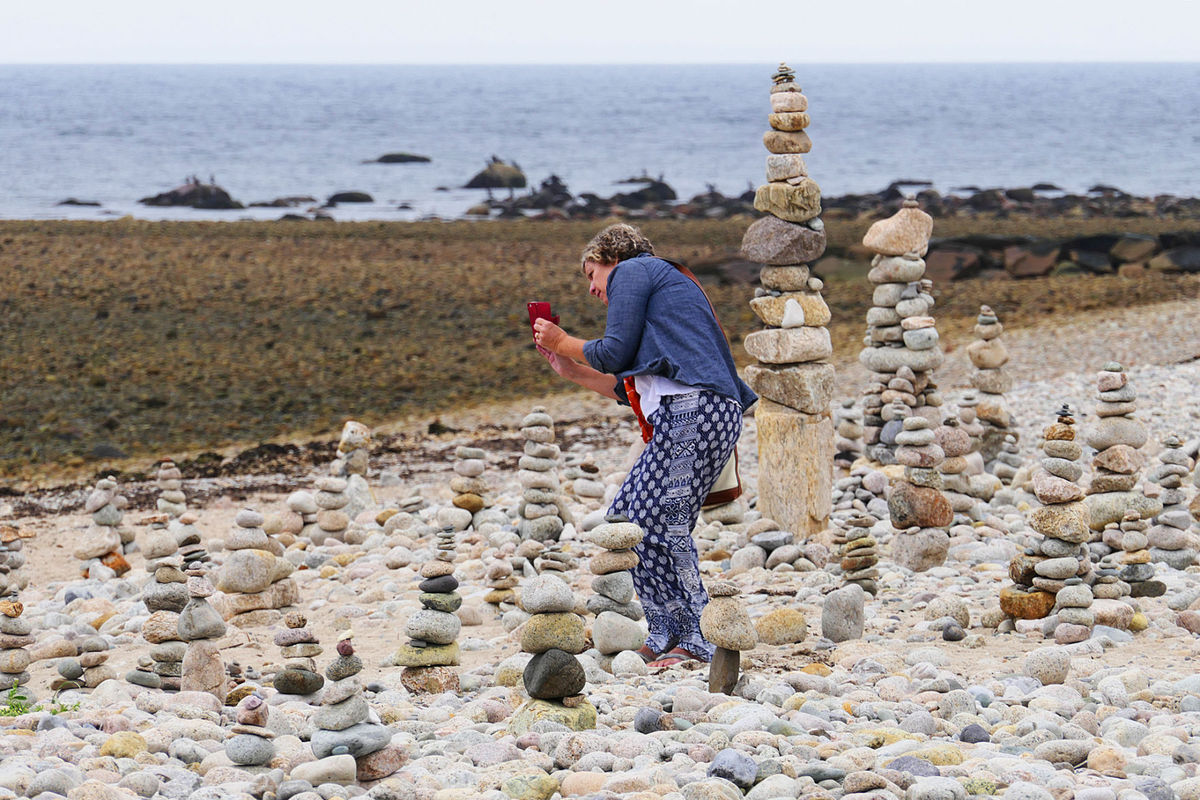 A Beautiful rendition of Beach Art on Cape Cod and especially at Town Neck beach in Sandwich portrays the creative spirit of Cape Codders. 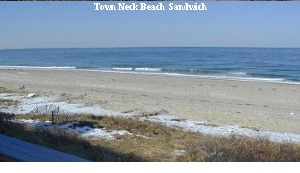 As the mist cleared from Town Neck Beach this week, visitors returned to dip their toes into the warm bay waters and marvel anew at Sandwich’s tiny Stonehenge. The shroud also lifted, somewhat, from the mystery of how, and why, the distinctive rock towers—known as cairns—began appearing a few weeks ago on a beach just west of Horizons on the Sea restaurant.  According to people living and working in the area, the first stone towers were built by a Town Neck Road resident who, not surprisingly, does masonry and landscaping work.

Before Tropical Storm Jose hit the Cape, there were hundreds of cairns—some of them quite elaborate—on the rocky shoreline. The waves, whipped up by Jose, toppled most of them, according to Ken Idsardi, who was helping close down Horizons for the season last week. But this week, several of the formations reappeared. Mr. Idsardi said the publicity-shy artist also started the new crop, but he had help. “People walk out and add to existing ones or begin new ones,” Mr. Idsardi said. “I like them. They’re unique.” Natural Resources Director David J. DeConto said he likes them, too.

A coworker of the landscaper/artist said the man creates the cairns because he enjoys it.“He’s very talented and knows all about balance, as you can see,” said the coworker, who declined to give her name. “He wants to stay anonymous and says he may stop doing it because it’s become too public.”But even if the man slips back into the shadows, the rock formations now have a life of their own.On Wednesday, September 27, Sandwich resident Kathy Bahill added a purple-and black-mussel shell to a small pile of rocks rounded by the sea.

“This is my first time doing this,” she said. “I came here to eat my lunch and was inspired—challenged—to try it.”

The main picture: Anne Blackwell of Sandwich leans in for a good angle while photographing some of the many cairns that have been created at Town Neck Beach in front of Horizons on the Sea restaurant. photo by:GENE M. MARCHAND/ENTERPRISE…story by: By TAO WOOLFE

One may call them carnes , these stonework of art. I would like to think that they are the King and Queen of the beach along with there children and court . Beach art is and has been part of the cape beach culture ever since I began fishing the outer beaches of the cape over 70 years ago. No where in all those years have I ever witnessed such a display of beach art on any beach like we here, have been able to see at the Horizons. It may have begun on a small scale , however others have added to it over time. Like the fishermen who once plied the outer beaches and would often pick up the shore line and pile all the trash in one area, while at the same time attempting to make it pleasant to the eye to see. All manner of debris would be used and during the summer other fishermen would add to its structure . A thank you goes out to one and all for keeping beach art as a cape cod tradition alive and well